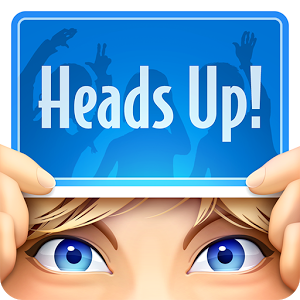 This week Ellen announced that new Disney themed decks would be available in the “Heads Up!” app. Players must first buy the .99 app on iOS, or for free on Android. Then once it is downloaded and installed you can join in on the fun! You can even download the deck for free when you visit the Disneyland® Resort,Walt Disney World® Resort and  Aulani, A Disney Resort & Spa. The new decks will feature iconic attractions, characters and experiences.

For those unfamiliar with Heads Up!  the Apple App store describes it as a “fun and hilarious game from Ellen DeGeneres that she plays on her show, and you can play with your friends! From naming celebrities, to singing, to silly accents — guess the word on the card that’s on your head from your friends’ clues before the timer runs out!”

Below is the video of Ellen’s official announcement of the new Disney Heads Up! expansion: